In honor of John Burroughs’ first book, Wake-Robin, I found a little-known poem by Rebecca Salsbury Palfrey Utter (Books by this author) called The Wake-Robin. Rebecca was a descendant of Gene Williams Palfrey who served with George Washington and served as ambassador to France. When she was 28, she became the wife of a Chicago minister named David Utter. Thereafter, Rebecca worked beside David as a missionary and she coined the now-popular term “Daughter of the King” in one of her more popular poems.

THE WAKE-ROBIN (or trillium)
When leaves green and hardy
From sleep have just uncurled —
Spring is so tardy
In this part of the world —
There comes a white flower forth,
Opens its eyes,
Looks out upon the earth,
In drowsy surprise.
A fair and pleasant vision
The nodding blossoms make ;
And the flower's name and mission
Is "Wake, robin, wake !”

But you're late, my lady,
You have not earned your name ;
Robin's up already,
Long before you came.
You trusted the sun's glances,
To rouse you from your naps;
Or the brook that near you dances
At spring's approach, perhaps ;
Your chamber was too shady,
The drooping trees among ;
Robin's up already,
Don't you hear his song?

There he sits, swinging, ‘
In his brown and scarlet cloak,
His notes like laughter ringing ;
Tis plain he sees the joke.
"Accidents will happen,”
Laughs robin loud and clear ;
"If you think to catch me napping,
Wake earlier next year!" 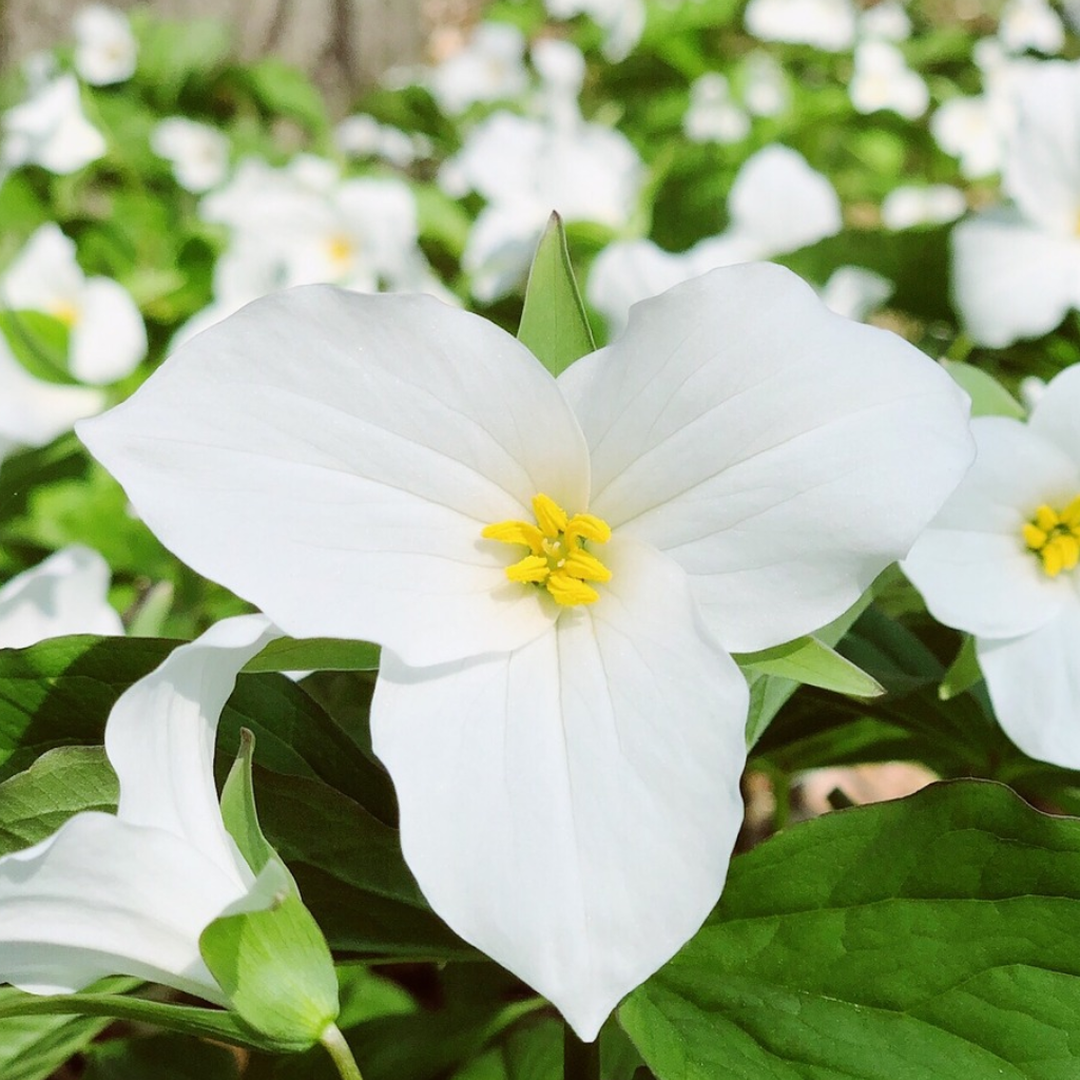