April 16, 1847
Today is the birthday of the American botanical illustrator Ellen Thayer Fisher.
Born in Boston, Ellen’s family eventually moved to Brooklyn, New York. The daughter of a Civil War surgeon and doctor, Ellen’s younger brother Abbott became a famous American painter and naturalist. When Abbott attended the Brooklyn Art School and the Academy of Design, he would come back home and share with Ellen what he was learning about drawing and painting.

When she was 22, Ellen married Edward Thornton Fisher, and together they had seven children.

In her spare time, Ellen focused on the subject of botanicals - painting mainly floral still lifes. Sometimes her brother, Abbott, would assist with the final touches of her work - which is why some of her paintings are also signed by her brother. Abbott always called her “Nellie,” and Ellen always signed her paintings with this family endearment.
To help with her family’s finances, Ellen painted for exhibitions - likely using her brother’s connections, but she also gave “lessons by letter” to aspiring artists.

By 1884, Ellen began producing art for the Boston publisher, Louis Prang - the man known as the father of the American Christmas card. Louis turned Ellen’s art into beautiful greeting cards.

Some of Ellen’s more popular pieces feature Blackberries, Poppies, and a there's one with a Thistle that's visited by a bumblebee. 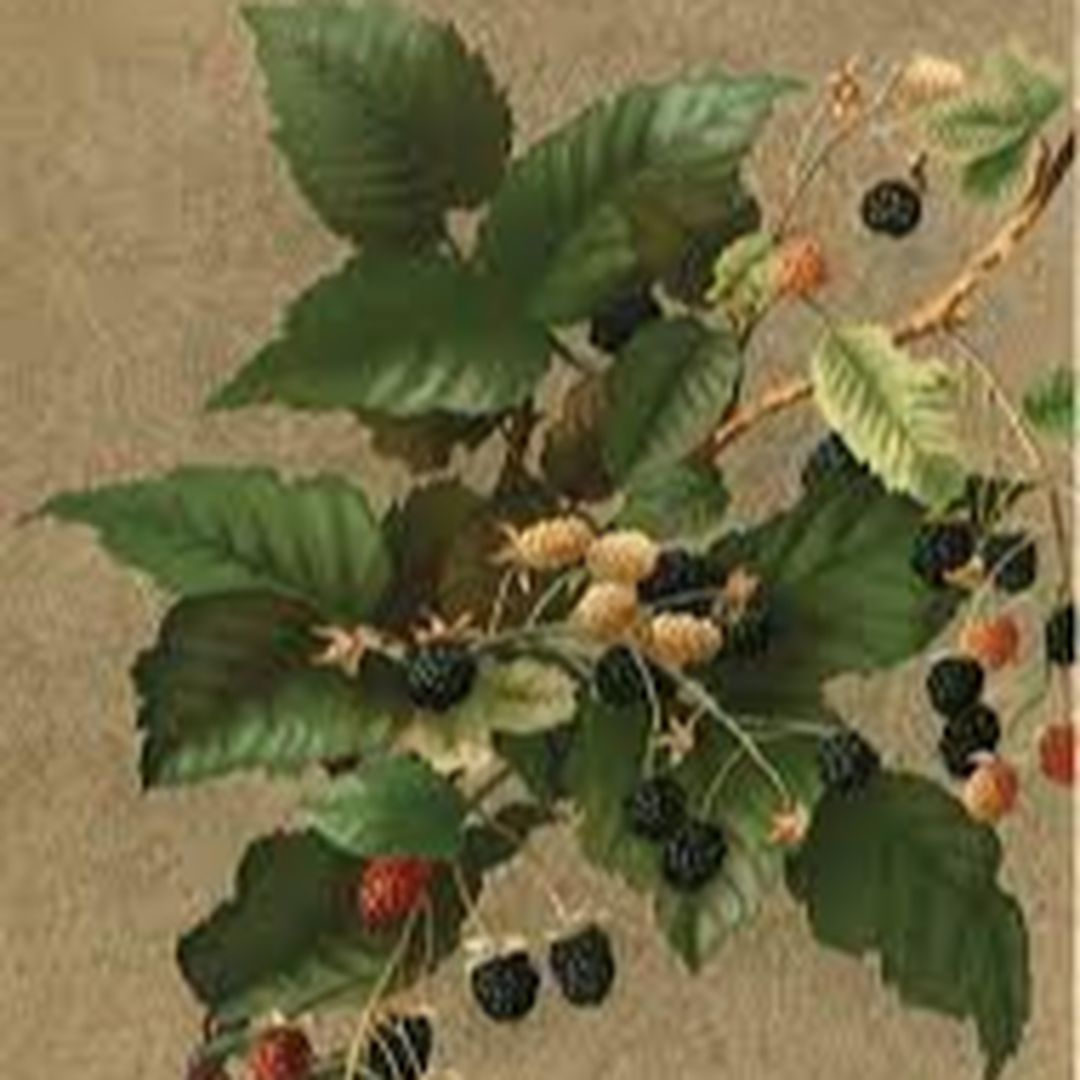