It was on this day in 1967 that 100,000 demonstrators attend the March on the Pentagon.
It was one of the most massive demonstrations of the Vietnam War.

A 17-year-old high school girl named Jan Rose Kasmir walked up to a row of soldiers holding rifles with bayonets. Kasmir courageously stood directly in front of the bayonets. She held a single chrysanthemum bloom in her hands. The little daisy-like flower was the only thing between Kasmir's face and the tip of a blade.
This image, known as the flower girl, became one of the most iconic photos of the Vietnam War era. 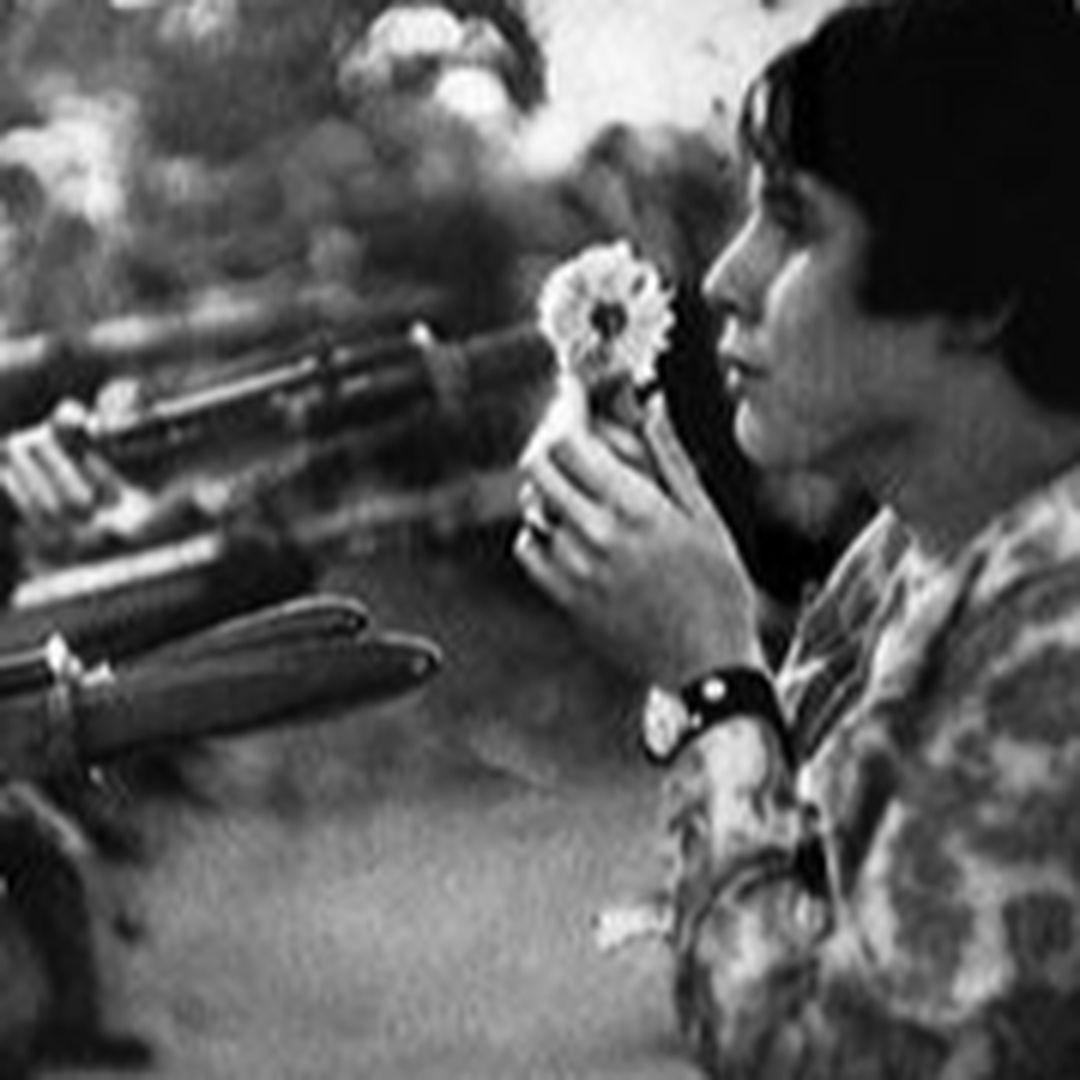