I thought you'd enjoy learning about the family behind the ubiquitous Jackman Clematis - it's the one with the large dark purple flowers with yellow centers. And, just an FYI, you can prune the Jackman back in the fall without hurting next year's bloom - so don't sweat it, you can't hurt it with an end of the season cleanup.

1869 Today is the anniversary of the death of the English nurseryman, pomologist, florist, and Clematis hybridizer George Jackman. He died at the age of 68. With multiple George's in the family, this George Jackman was always referred to as George I.

Now, George I, and his brother Henry, were born into a nurseryman's family. In 1810, their father, William, founded Jackman Nursery on 150 acres in Woking ("Woe-king"), Surrey.
George I and Henry grew up learning the business alongside their dad. By 1830, Willliam had turned the business over to his sons. After a few years, Henry decided he wasn't interested in running the struggling nursery, and he left it for George I.
In the fall of 1834, George married Mary Ann Freemont. He was 33 years old. In a little over three years, George II was born.

The beginning of the year 1840 was a terrible time in the life of George I. He lost his wife Mary in January and his father, William, in February. In the span of twenty-five days, George I and his 3-year-old son, George II, were alone. Needless to say, the nursery became the center of their world.

The start of Clematis hybridizing, began five years before George I's life took such a dramatic turn. In 1835, about 35 miles from the Jackman nursery, London's Pineapple Nursery owned by John Andrew Henderson created the first Clematis hybrid. It was called Clematis Hendersonii - no doubt, George I took notice.

When George II was 13 years old, Robert Fortune brought Clematis lanuginosa ("LAN-you-jee-NO-sah") to England. Native to China, the blooms on this Clematis were larger than any ever seen before. If Clematis blossoms were going to get bigger, the lanuginosa was the linchpin.

By this point, George I was employing 35 men and six boys at the Jackman Nursery. George II shadowed every aspect of the business, and he grew to be a shrewd owner/operator.
As a young man, George II was energized at the thought of clematis hybridizing. When he was just 21 years old, George II crossed Fortune's lanuginosa with Hendersonii along with the climber atrorubens. In less than six months, they had 300 seedlings. and George Jackman II had an instant hit on his hands.

The plant was hardy, it quickly produced long-lasting impressive flowers, and the rootstock lasted for many years. The year was 1858, and Clematis Jackmanii (ii = "ee-eye") was born.
George II wrote:

Clematis jackmanii went on to receive the Award of Garden Merit from The Royal Horticultural Society. And, George II co-authored a book with Thomas Moore, the Secretary of The Royal Horticultural Society, the book called Clematis as a Garden Flower. George II and Thomas Moore dedicated the book to HRH Princess Mary, the Duchess of Teck. The Clematis was one of her favorite flowers.
When George I died on this day in 1869, he had raised his son and had turned his nursery into a success. He had served as chapelwarden for his church - the church of St. John - for over two decades. He started serving a few years after losing his wife Mary, Mrs. George Jackman.

The Gardener's chronicle said he died after a gout attack and was by all accounts a "beloved… kind-hearted, genial Christian." It went on to say that his "workmen (several of whom had been [with him] for 20, 30, or 40 years)" followed his coffin to the churchyard for burial.

In 1967, the Jackman Nursery was sold by a Jackman descendant, Roland Jackman. 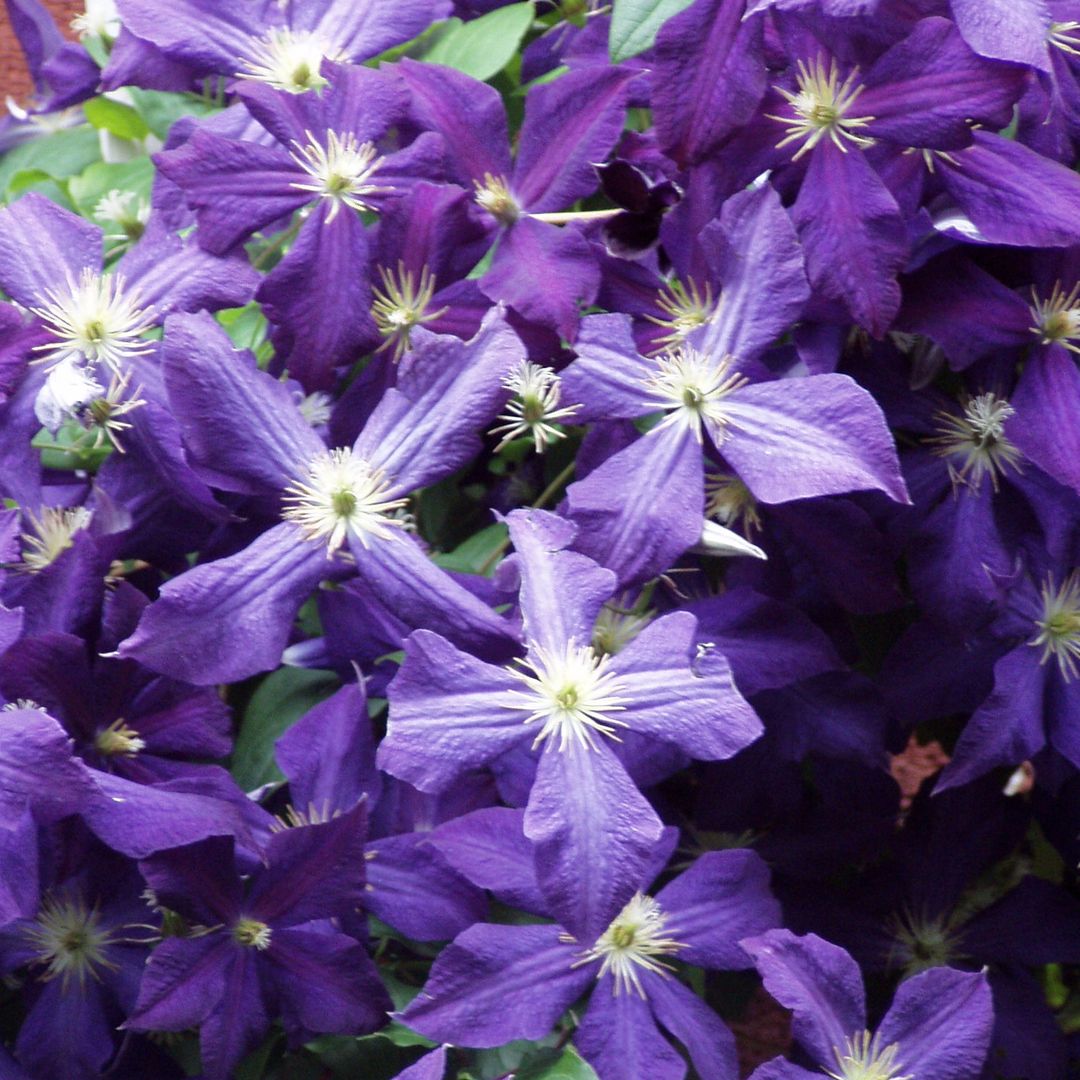