November 12, 1993
Today is the anniversary of the death of Washington Post columnist and gardener Henry Clay Mitchell.

Henry wrote mainly about gardening and miscellaneous aspects of his daily Washington life.  Pragmatic and humorous, Henry’s garden advice struck a chord with his readers. His weekly garden advice was compiled into two bestsellers named after his column Earthman.

A southerner and a gentleman, Henry found tranquility and restoration in his garden. Like most of us gardeners, Henry had his favorites. Of the Japanese Iris, Henry wrote,

“[It’s] a fine flower for anybody who thinks nothing can be too gaudy, too overstated, too imperial.
I have known rednecks who adored it.”

A dog lover, Henry recognized his garden didn’t exist in a bubble but was fully part of the natural world. Henry reflected,

“Squirrels eat a lot of bulbs --
they are in heaven when they find the cyclamen and crocuses --
but they keep the garden interesting for the family dog...
And besides, the squirrels are more attractive than the cyclamen probably would have been anyway."

And, Henry's obituary in the Washington Post shared his love of gardening:

“Gardening was a part of his life almost from the time he was born.
When he was a small boy, he would pick up autumn leaves or pluck the petals from tiger lilies and admire them when his mother took him walking.
He had a garden from the time he was old enough to work in it.
He could rattle off the Latin names of perhaps 3,000 plants.
He said, he learned about gardening because he was "passionately fond of flowers."
The failure of such projects as grafting a carnation onto a prickly pear cactus left him undaunted.”

And, if you have a steadfast love your garden - warts and all - you’ll feel a kinship with these words by Henry from his 1992 book One Man's Garden:

"It is agreeable to waddle about in one's own paradise,
knowing that thousands of others have better gardens
with better thises and thats,
and better grown too,
and no weeds at all…
To know this and grin
as complacently as a terrier who just got into the deviled eggs,
and to reflect
that there is no garden in England or France I envy,
and not one I'd swap for mine:
this is the aim of gardening —
not to make us complacent idiots, exactly,
but to make us content and calm for a time,
with sufficient energy (even after bitter wars with bindweed)
to feel an awestruck thanks to God that such happiness can exist.
For a few days, of course." 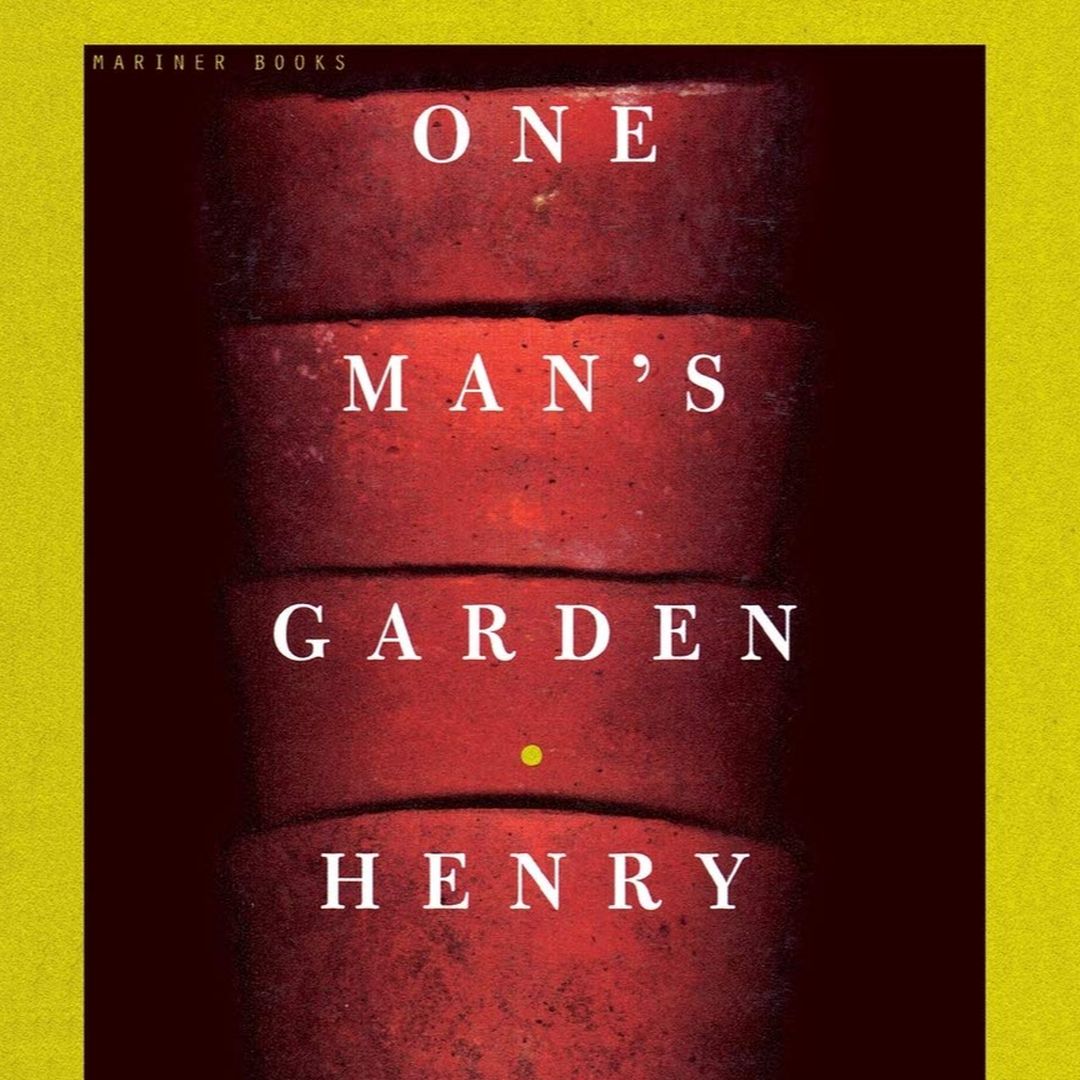